The story of superheroes: Pre-College Continuing Ed features a history of comics with alumnus Jeff Tischer 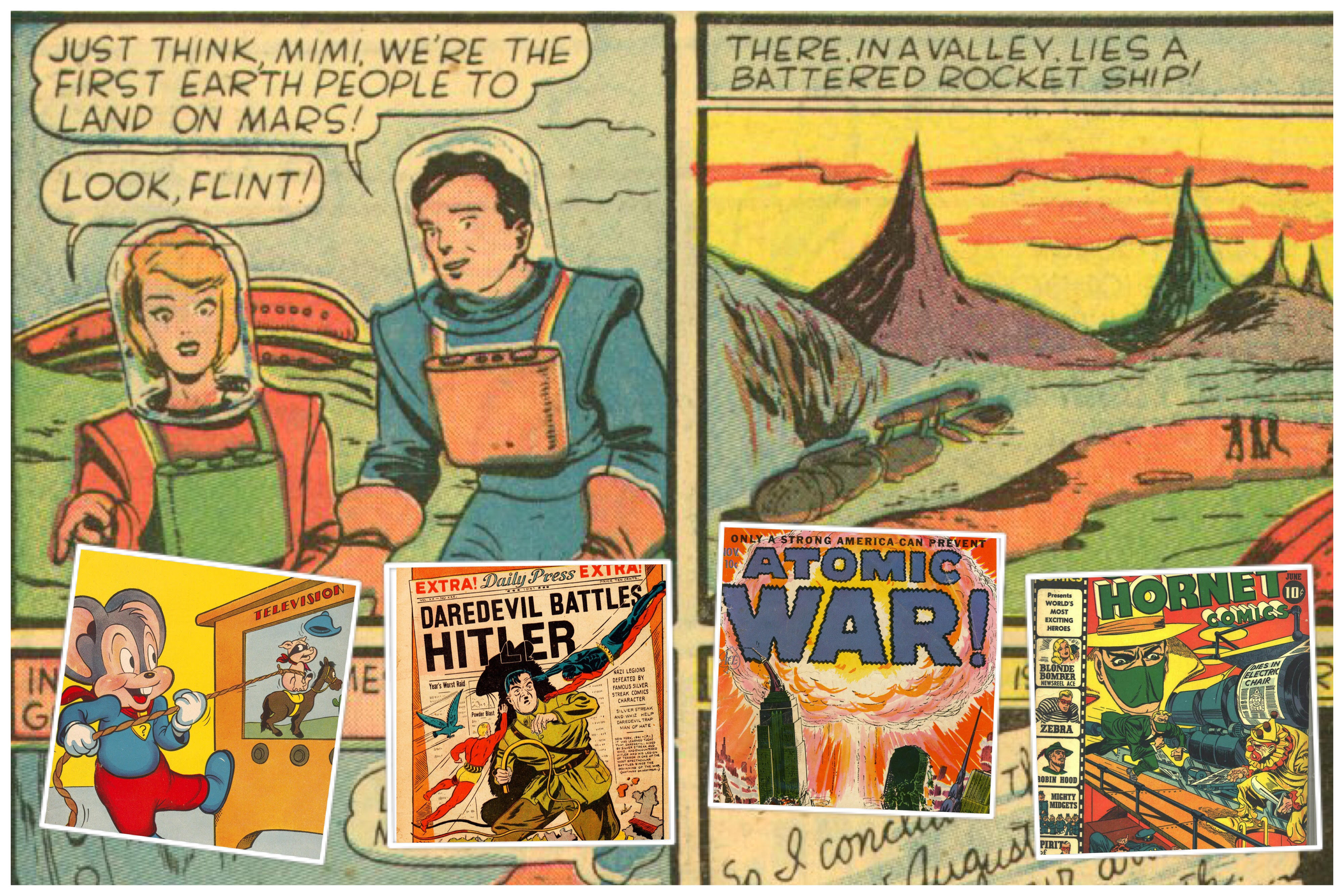 When Jeff Tischer was about 3, his father handed him a simple 60-cent comic book. On the cover, superheroes (of course). Inside, a double-page pinup penciled and inked by the great comic book artist George Perez.


"DC Comics Presents #38," Tischer recites off the top of his head. "A Superman-Flash team-up."

It was fascination at first sight. "Yeah," Tischer says now, "(comics have) been a full-bore interest since then. Always."

An alumnus of PCA&D (2001, Illustration BFA), Tischer brings that literal lifetime of comics knowledge -- and resources from his thousands-strong personal comic book collection -- to a Winter/Spring semester Pre-College Continuing Education class. "Comics! A History of Comics in the U.S." explores how social issues and context have informed comics since their beginnings -- and the massive, truly multimedia pop culture sway they have held over the decades.

"The class is for (any high school student) who has even a cursory interest in comics," Tischer says. "It may endear the medium to them. And a huge (comics) lover will still learn more than they may realize."

Tischer is just one of many PCA&D alumni who will serve as instructors during the Winter/Spring Continuing Education semester. He joins Ellie Cochran, Lisa Gauker, Gabrielle Hammaker, Steve Jennings, Evan Kitson, Leah Limpert Walt, Nichole Madonna, Justin Phillips and Chris Ruch in a return to their alma mater -- this time, in a teaching role.

"It's really exciting to watch our graduates take the knowledge they have acquired at PCA&D, use it in the world, and grow so profoundly in their passion for their craft and art that they want to come back and share it with new generations of creatives," says Natalie Lascek, Director of Continuing Education at PCA&D.

Tischer says that longtime hold of storytelling through comics on the American imagination still is true today.

"Comics! A History of Comics in the U.S." begins in February, The 10-session one-credit class will trace the history not only of well-known (and obscure) characters, but also of the industry itself through studio projects and deep dives into art history. "Social issues affect the comics," Tischer says, "and there always have been aspects of social justice" included in both storylines and how comics are illustrated.

Inspired by society around them

"Comic artists, for the most part, are not inspired by other comic artists, but by the world around them," Tischer says. That world has included massive social change in the decades since comics first arose, he notes, change that has been reflected and, sometimes, reinforced by vanguard artists and writers in the field of comics.

There's also a deep history in the production of comics themselves that Tischer finds fascinating -- from the technology used to print them, to the bootleggers whose history is tied up with comics production and distribution (you'll have to take the class to discover how!), to the way the medium is transformed by the digital age.

That's a lot of ground to cover, from the Golden Age of comics and the first appearances of Superman, the Green Lantern, Flash and other classic characters, through the Silver, Bronze, Dark, and Platinum ages that introduce new characters and levels of sophistication, build and deconstruct superheroes, and reflect evolving social mores.

"They address everything under the sun," he says. True appreciation for the art form is something comics always have struggled with in some circles, he says, but "the younger generation understands that comics are very creative, very fun. The comic book, the sequential book, is the medium -- but comic books can be of every genre." They are, he adds, "a different style of storytelling" that holds as much power as the heroes they contain.