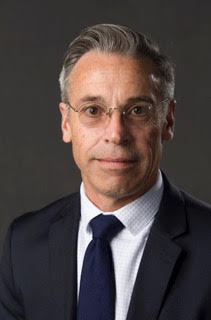 Molla said, “I am impressed by the unparalleled commitment of the faculty and staff on the truly student-centric environment at Pennsylvania College of Art & Design. I am deeply honored to be selected as the next president of PCA&D and I welcome this opportunity to build upon PCA&D’s quality reputation developed ably by its board and President Heil. I look forward to participating in the vibrant arts and creative economy happening within the City of Lancaster, as well as partnering with the PCA&D community to educate creative students who will profoundly shape our future through art and design.”

According to Brandt, “The PCA&D Board of Trustees is very pleased to announce that Michael Molla will become the 3rd President of the College. Among the many fine candidates who were interested in the position, he most fully encompassed the College’s desire for a president able to be a visionary, creative, and informed leader, prepared to take PCA&D to the next level of accomplishment, with his skills and attributes of leadership, management and personal engagement.”

Molla, who has served at MICA for a total of 26 years, and has led the College in the areas of student affairs, operations and strategic initiatives. As the Associate Vice President, Student Affairs, he launched MICA’s first residence life program, and established a student affairs division for the College, which included on-site counseling and healthcare services, as well as diversity and safety initiatives. As Vice President of Operations, Molla was responsible for the development of the Campus Master Plan, including the design and construction of resident facilities, numerous academic, studio, and shop spaces, a center for graduate education and most recently, opened an undergraduate design center.

In the Vice President Strategic Initiatives position, Molla has been responsible for strengthening the relationship between MICA and the City of Baltimore, including facilitating new urban initiatives to engage the community in support of the arts and expanding opportunities to city residents.

Active in the Baltimore Community, Molla serves as Co-Chair of the Baltimore Integrated Partnership, a higher education and healthcare collective impact initiative, and served as Board Chair of the Station North Arts and Entertainment District. He is a Board member of the Central Baltimore Partnership; which addresses thoughtful development of the area by activating partnerships with neighborhood organizations, non-profits, educational institutions, businesses and government agencies in central Baltimore, and served as the MICA representative of the Mayor’s Task Force on Safe Art Spaces. Molla, along with other Baltimore university leaders, helped shape and launch the Baltimore City Anchor Plan.

Mary Colleen Heil, current President of Pennsylvania College of Art & Design, will be retiring after 25 years of service as the College’s president on June 30, following the 2017-18 academic year. Heil joined PCA&D as President in 1993 and has led the College through its development to an accredited College offering BFA degrees, and has overseen the College’s growth and increased presence in the region. In addition she led the expansion of the campus to include its current building, the Art Garden and two housing units.

In recent years, the College has initiated a new digital media degree and developed dedicated student housing. This work, along with PCA&D’s investments in technology, facilities and its educational philosophy “Communication as Currency,” has boosted its enrollment 22% over the last three years. Student placement in work and graduate school averages 95%.

At the February 15 all-campus announcement, Brandt thanked past PCA&D Board Chair David Buckman, EVP and General Counsel at Allied Universal, who led the presidential search committee, which was comprised of members of the Board and individuals from within the College community.

According to Buckman, “The committee began its search in September 2017, following the announcement of President Heil’s retirement and has proceeded right on schedule, thanks to a well-planned comprehensive process with thoughtful input from students, faculty and staff. We believe that we have identified an individual in Michael Molla who brings to PCA&D the skills and attributes we need to continue PCA&D’s growth as an art college of distinction.”