From inspiration to connection to collaboration 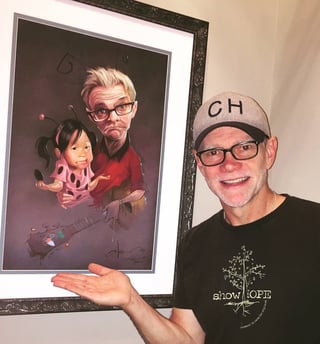 Jon DiVenti, chair of PCA&D’s Digital Media Department, read the autobiography Between Heaven and the Real World by Steven Curtis Chapman,  one of Jon’s favorite musicians,  and was inspired to make a painting in an attempt to capture the personality of Chapman’s spirited youngest daughter Maria, who died in a tragic accident at age 5.

After posting the painting in Instagram,  Jon received an unexpected response from the musician and his wife.

Mary Beth Chapman commented on the post, “I was just told about this and it is unbelievably accurate! As the mother to Maria and the wife to @stevencurtischapman, this is AMAZING! Would love to connect with you about this moving piece of art! It really is as if you knew her!” 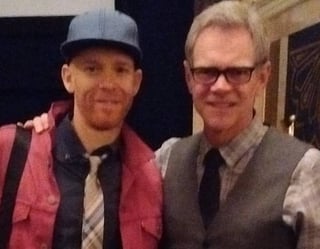 Chapman also emailed Jon and told him that the painting moved him to tears and asked if he could buy the painting to hang in his home. Jon said, “I told him it was a digital piece so there's no original, but that I'd be happy to send him a print for no charge (because the fact that I made him cry was payment enough).”

While in conversation with Jon, Chapman suggested collaboration with Jon and the tw0 were recently able to meet in person.  According to Jon, “We're planning to meet again to brainstorm ideas for collaboration. He and his music have had a big impact on me so this was super exciting for me personally. He is the most awarded artist in Christian Music history with 5 Grammys and over 50 GMA Awards, so it's also a great career opportunity.”