Eric Weeks to exhibit in China

PCA&D Photography Chair Eric Weeks, will be traveling to Pingyao, Shanxi, China later this month for a solo exhibition of his work “A Rose By Any Other Name” at the 17th China Pingyao International Photography Festival.

While there, Weeks will give a lecture in the gallery where his work hangs and participate in a forum discussing the theme, “When Everyone is a Photographer: The Direction of Photography as an Art in the Age of Mass Imagery.” Also participating in the forum will be two Chinese photographers and another lecturer from overseas.

Week’s statement about “A Rose By Any Other Name,” which will be shown from  September 19th to September 25, reads, “ A name… We give names to people, things, thoughts, and emotions to identify, categorize and differentiate. The photographic combinations presented here are metaphors about that process. These images ask the viewer to re-evaluate the meanings signified by the persons, places, plants and animals and consider the synapses that connect them. I invite the viewer to seek visual correlations that create new emotional and psychological associations.

“Visual groupings can function much like verbal language structure with images of nouns serving as subjects, verbs, objects, adjectives, and adverbs. The phrases here communicate complex ideas through pictorial means, rather than literal and linear methods. I am practicing an ancient language with modern instruments while simultaneously echoing today’s postmodern emoji-driven semantics.

“My work is concerned with photography's ability to describe specific details and to suggest open-ended stories. In this group of photographs, narrative is presented in each frame as well as between the various images. My goal with this body of work is to visually express the thoughts and emotions associated with struggle, loss, self-actualization, and liberation.”

Eric Weeks, Chair of the Photography Department at the Pennsylvania College of Art and Design, is an artist using photography and video, and a curator. His photographs and video have been exhibited internationally, and are in the permanent collections of the Los Angeles County Museum of Art, The Art Institute of Chicago, Museum of Contemporary Photography, Mai-son Européene de la Photographie, Bibliothèque Nationale, Yale University Art Gallery and the Sir Elton John Collection. His monograph "World Was in the Face of the Beloved" was published by Pablo's Birthday (New York), and portfolios have appeared in Zoom, Photo +, Fahrenheit, and Dear Dave, among others. He is represented by Galerie Catherine et André Hug in Paris. He was recently the Exhibition Director of the 2016 Jeonju International Pho-tography Festival in Jeonju, South Korea. Weeks received a MFA from Yale University, and a BFA from the School of Visual Arts. 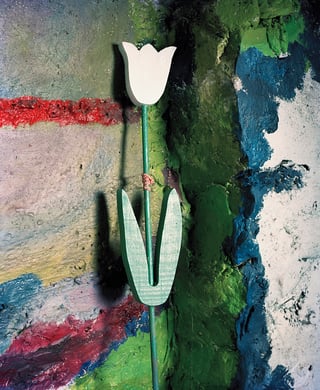 The 2017 China Pingyao International Photography Festival was founded in 2001 and is held at sites throughout the city, many of which are ancient temples and government buildings dating to the Qing and Ming dynasties. The festival’s theme, "With original inspiration, for brighter future,”  summarizes the past and explores the future of photography.

Pingyao, in central Shanxi province in China, is located approximately 450 miles southwest of Beijing. During the Qing Dynasty, Pingyao was a financial center of China. The ancient city, whose history dates back some 2,700 years and which is renowned for its well-preserved city walls, built in the 14th century, is a UNESCO World Heritage Site, a major tourist attraction and home to 50,000 residents.

Pingyao International Photography  Festival is one of the “Top ten Festivities in China” and has won the prize of “IFEA China’s Most Internationally Influential Ten Festivities.” Based in Shanxi, a province with a history of 5,000 years, the festival has become one of the most important celebrations for the photography community and the biggest image trading market in China, as well as a stage for photography communications among the international communities.