Russian born painter Wassily Kandinsky was a man whose abstract art made history in the 20th century. Kandinsky is credited as a leader in avant-garde art as one of the founders of pure abstraction in painting. 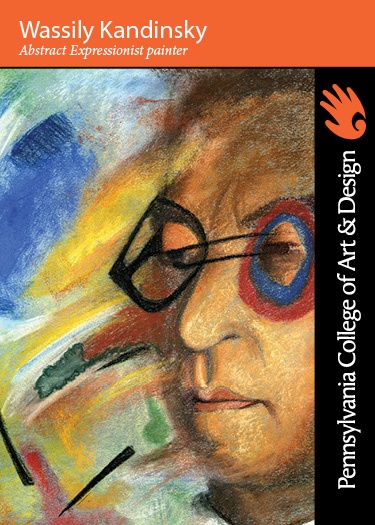 When Kandinsky was five years old, his parents divorced and he moved in with his aunt, where he learned to play the piano and cello in grammar school. Even at a young age, Kandinsky had an intimate experience with art, however he followed his family's wishes and chose to go into law.

After seeing an exhibition of French impressionists in Moscow in 1896 and then hearing Wagner’s Lohengrin at the Bolshoi Theatre, Kandinsky chose to relinquish his law career and move to Munich in pursuit of painting.

In Munich, he attended painting school and began with conventional themes and art forms, but all the while he was forming intense relationships between music and color. Kandinsky was believed to have synaesthesia, a harmless condition that allows a person to appreciate sounds, colors or words with two or more senses.

After the separation from his second wife, Gabriele Munter in 1903, Kandinsky suffered a nervous breakdown and World War I took him back to Russia, where his artistic eye was influenced by the constructivist movement. In 1933, when the Nazi’s seized power, 57 of his works were confiscated. His most notorious paintings were Compositions, Improvisations, and Impressions.

QUOTE: "Color is a power which directly influences the soul."