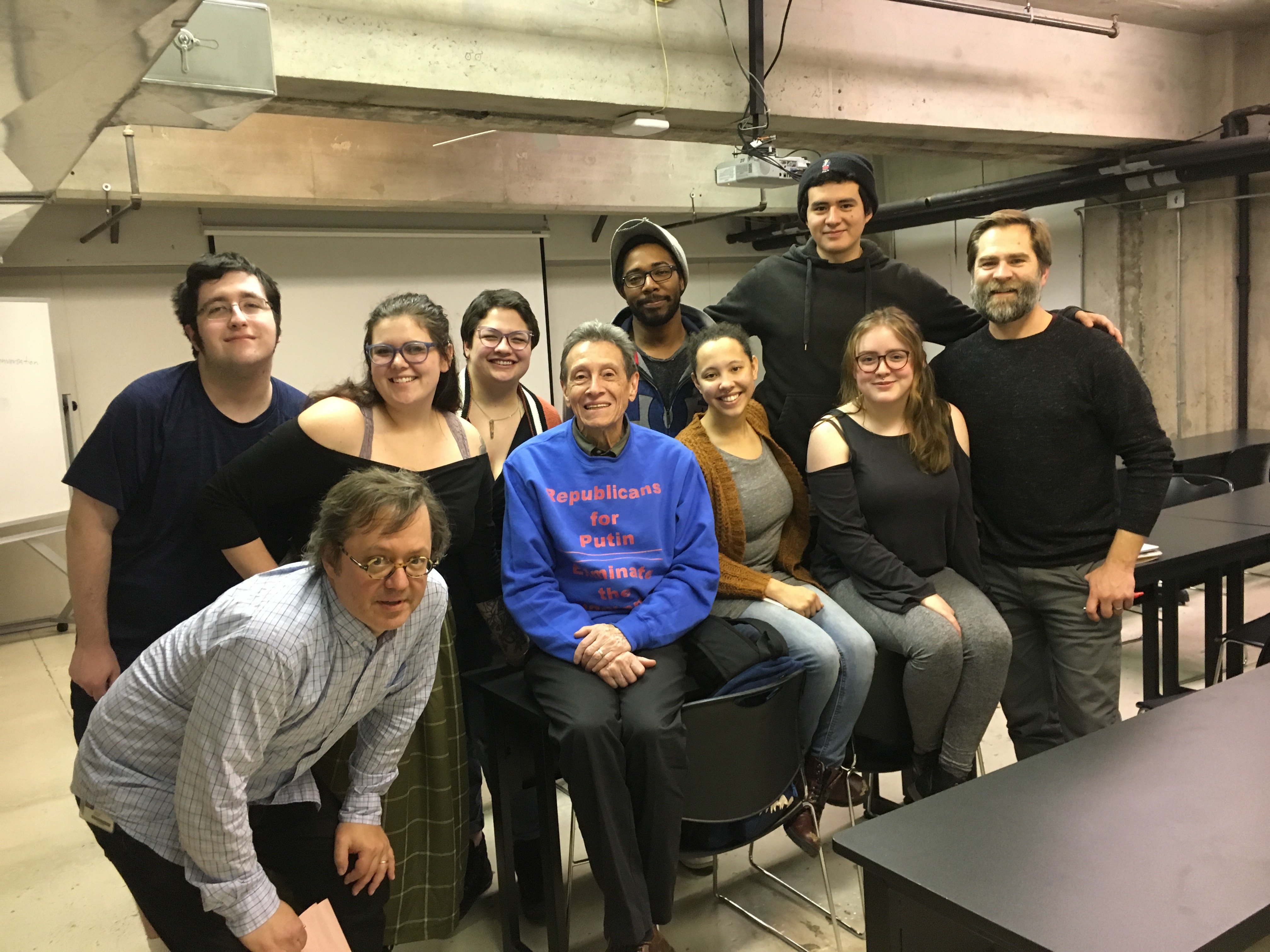 “Sometimes I feel like I am a stand up comedian masquerading as a photo critic,” said A.D. Coleman when he spoke to the students at PCA&D on November 30th about his investigative reporting work on the heroic, and probably false, narrative of Robert Capa's famous D-Day photography.

Allan Douglass Coleman is an independent American critic, historian, educator, and curator of photography and photo-based art, and a widely published commentator on new digital technologies.

Coleman was the first photo critic for The New York Times where he authored 120 articles. He started writing in 1967 and has contributed to other papers such as the Village Voice and the New York Observer as well as, numerous magazines, artist monographs and other publications worldwide. Also, Coleman has published over 2,500 essay and 8 books on the subject of critiquing photography as an art form. He has a background in creative writing and english literature.

During Coleman’s artist talk, he discussed his research on his teams dismantling the myth of Robert Capa’s D-Day Negatives that caused international debate. A quote from Robert Capa “If your images aren’t good enough, you're not close enough.” For decades the narrative that Capa and the myth initiators. The dialogue around the 11 negatives is that they were taken on June 6, 1966 on which Allied forces invaded northern France by means of beach landings in Normandy. More on Coleman's research and the myth surrounding Capa's D-Day photography.

After the artist talk photography seniors were able to have a intimate discussion about the value of images, photo history and critique in contemporary society, as well as, in academia. Seniors Kay Baier, Jose Collantes, Larissa Ramey, Michaela Robertson, Alexandria Martin, and Connor Stillman, Justin Carney and Professor David Johanson were able to have a discussion about what it means to be a photographer and researcher who is aware of the history of photography enough to make work and then challenge it. When making images we are not here as photographer to spell out what we are trying to depict. It is not our job to feed our viewers, they can take their own interpretation and continue the dialogue.