It was amazing to be in this ancient city, and everywhere there were people with cameras around their necks, recalled Jose Collantes, one of the PCA&D students, faculty, and alumni who had the opportunity to travel to China this September to participate in the 2018 Pingyao International Photography Festival. 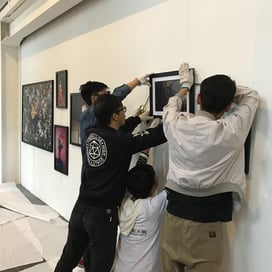 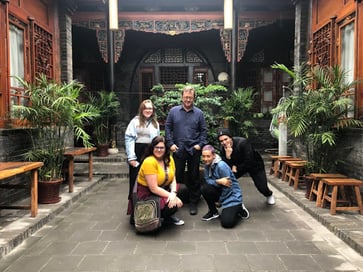 Thanks to a connection made at the festival the previous year, Eric Weeks, Chairman of PCA&D's Photography Department, PCA&D students, faculty, and alumni exhibited their work at one of the many exhibit spaces in this ancient Chinese city. The show,  All the World’s a Stage, was curated by Weeks, and contained works by students

Global Photography, a Chinese-run website, has reported on the exhibition with two articles: World Is Stage, Photography Is Performance - All Exhibition Works from PCA&D at PIP Festival as well as an article about Eric Weeks.

Photos from the exhibit

Curatorial Statement: “All the world’s a stage, and all the men and women merely players…” - William Shakespeare, from “As You Like It” 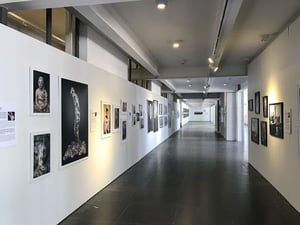 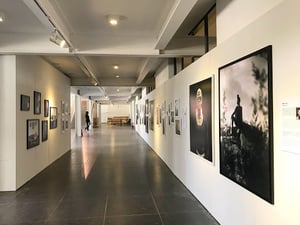 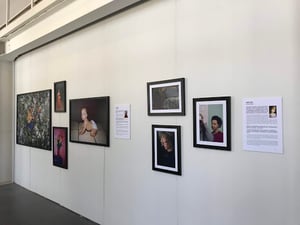 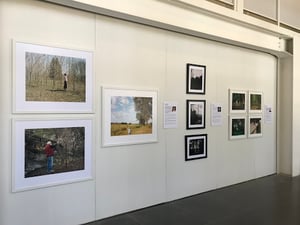 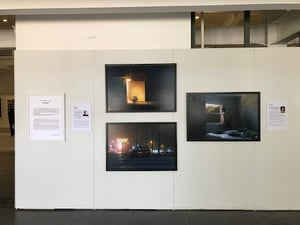 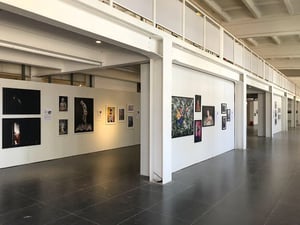 According to Eric Weeks, the exhibition's curator and the Chair of PCA&D's Photography Department, ""The work presented in this exhibition represents current students, alumnae and faculty. These men and women, all members of our close-knit photographic community, have different experiences that they communicate through the eclectic use of the medium. The world is their stage, and their photographs are the performance.

"The Photography Department at the Pennsylvania College of Art & Design, located in Lancaster, Pennsylvania, USA, is committed to offering instruction in all facets of photography. We believe it is vital for students to learn the fundamental craft of both digital and analog photography. Students have the freedom to purse their own artistic and intellectual objectives, where we engage and encourage their practice with strong commitments to the technological, historical and aesthetic aspects of the medium.

"The increasing ubiquity of photographs in contemporary culture, with new imaging technologies, dissemination modes, and consumption practices, has rapidly reshaped the field of photography over the past two decades. We take this as evidence that we are living through an exciting and unprecedented time in the unfolding story of the medium. In this new terrain, photographic education has never been more vital."

The China Pingyao International Photography Festival was founded in 2001 and is held at sites throughout the city, many of which are ancient temples and government buildings dating to the Qing and Ming dynasties. The festival’s theme, "With original inspiration, for brighter future,”  summarizes the past and explores the future of photography.

Pingyao, in central Shanxi province in China, is located approximately 450 miles southwest of Beijing. During the Qing Dynasty, Pingyao was a financial center of China. The ancient city, whose history dates back some 2,700 years and which is renowned for its well-preserved city walls, built in the 14th century, is a UNESCO World Heritage Site, a major tourist attraction and home to 50,000 residents.

Pingyao International Photography  Festival is one of the “Top ten Festivities in China” and has won the prize of “IFEA China’s Most Internationally Influential Ten Festivities.” Based in Shanxi, a province with a history of 5,000 years, the festival has become one of the most important celebrations for the photography community and the biggest image trading market in China, as well as a stage for photography communications among the international communities.