As Noël Fry '20 gears up for her final weeks as a PCA&D student, she's gotten word that her artwork is garnering attention from a worldwide perspective:

Two single works of art, as well as a set of four prints, have been selected to appear in Create!, an independent magazine that features contemporary art from around the world.

Fry's highly personal work will be featured, along with that of 34 other women artists worldwide, in the issue scheduled to launch in April. She says the honor of being chosen as part of this special feature "is beyond exciting": 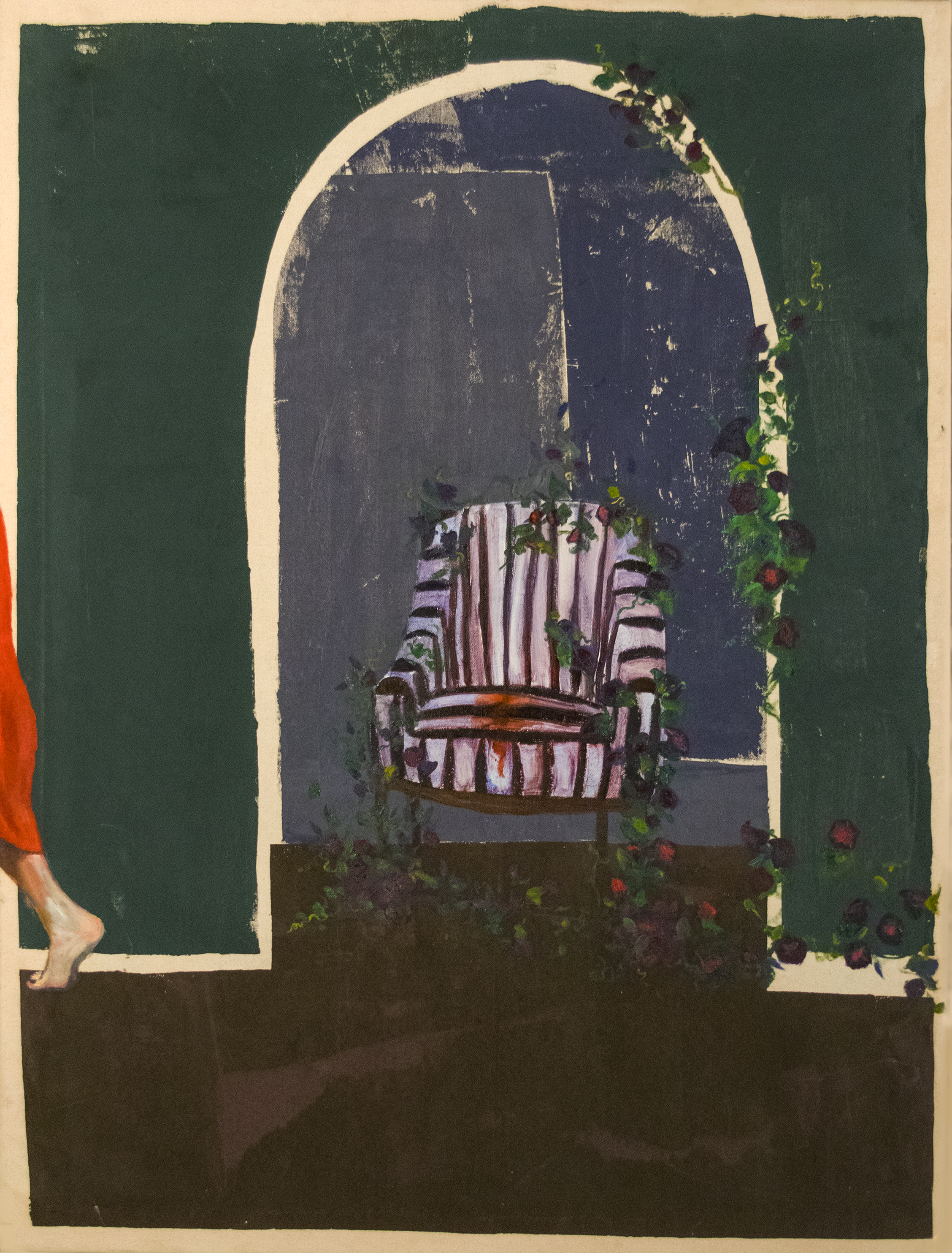 Has the work that will be featured in Create! been on exhibit before? If so, where?

NF: Yes, most of the pieces were in the senior fine art show (Shoulda Been a Poet, at the Lancaster Museum of Art) in December.

What is the title of the piece that was chosen?

NF: (One is called) Moving On. (There's also) a set of four prints called Miscarriage 9/24/19, as well as a third piece called Fertile Pomegranate.

You often combine painting and printmaking -- is that how the pieces chosen by Create! were made?

NF: Yes, all the work, but the third piece is created using a mix of screen printing and oil painting.

What was the process that led you to focus on those techniques you often use to express yourself -- like, what is it about that process as opposed to "just" painting, or "just" printmaking?

NF: For me, printmaking puts me in a very different headspace than painting. It is very much a process-based craft, so it started as a way of me working through my thoughts and emotions with a series of more mechanical steps. Painting is much more contemplative for me. Together, I am able to get a piece balanced in its more painterly areas that have my "hand" in them, and more flattened shapes of the printmaking.

How did you hear about this opportunity?

NF: Create! magazine is an art magazine based out of Philly that I have enjoyed for many years. I lived in Philly and went to school there before coming to PCA&D, so that's how I came to find them. It is a woman-led magazine that also has a very active Instagram, blog, and podcast for artists. I really recommend PCA&D students follow them on Instagram.

I keep track of their open calls, and always check out who the jury is for that call, see what sort of work they make or curate, which I think helps, so I thought my work was appropriate for the "women's artist issue."

Is this selection kind of a milestone for you?

NF: Yes, I am honored to be featured in a magazine that I have admired for so long, and to be featured with so many artists from around the world is beyond exciting to me.

Does this particular work fit into a theme you've been exploring for a while, or does it stand on its own?

NF: These pieces sort of began the path I am on for my senior thesis -- which is not to say I am working with solely issues of women's health, but rather how these memories, and many others, exist in my mind.