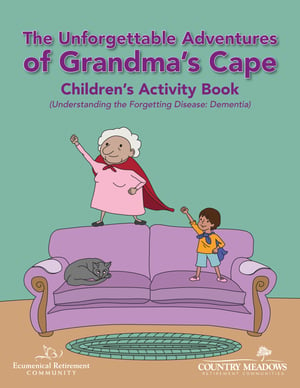 Country Meadows & Ecumenical Retirement Community  is hosting a display of PCA&D students’ illustrations at the WITF Media Center, 4801 Lindle Road, Harrisburg, PA 17111, from the 2016 contest they held with senior PCA&D illustration students. The exhibit will be up through Aug. 31.

In 2016,  Country Meadows  invited Pennsylvania College of Art and Design senior illustration students to participate in a cover art contest for their children’s activity book on understanding dementia—The Unforgettable Adventures of Grandma’s Cape. The students created illustrations that capture the unbreakable bond between a grandparent and grandchild, despite the effects of dementia.

While only one illustration was selected for the publication, Country Meadows was so impressed with the students’ various interpretations of dementia and relationships, that we made the decision to share all the beautiful pieces of art, with students’ permission. 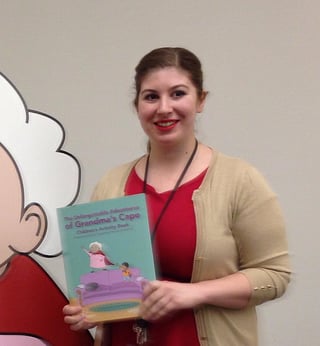 The Unforgettable Adventures of Grandma’s Cape was written by Executive Director of Memory Support Joel Kroft, and tells the story about an awesome cape-wearing grandmother who bakes the best chocolate chip cookies and has a forgetting disease. Gabby Hoffman, illustration student, Class of 2016, was selected to illustrate the book.

Read more about the project here.

Copies of the publication are free to exhibit visitors as well as information on dementia.

You can explore the illustrations at WITF’s Public Media Center located at 4801 Lindle Road in Harrisburg, during the station’s regular business hours.