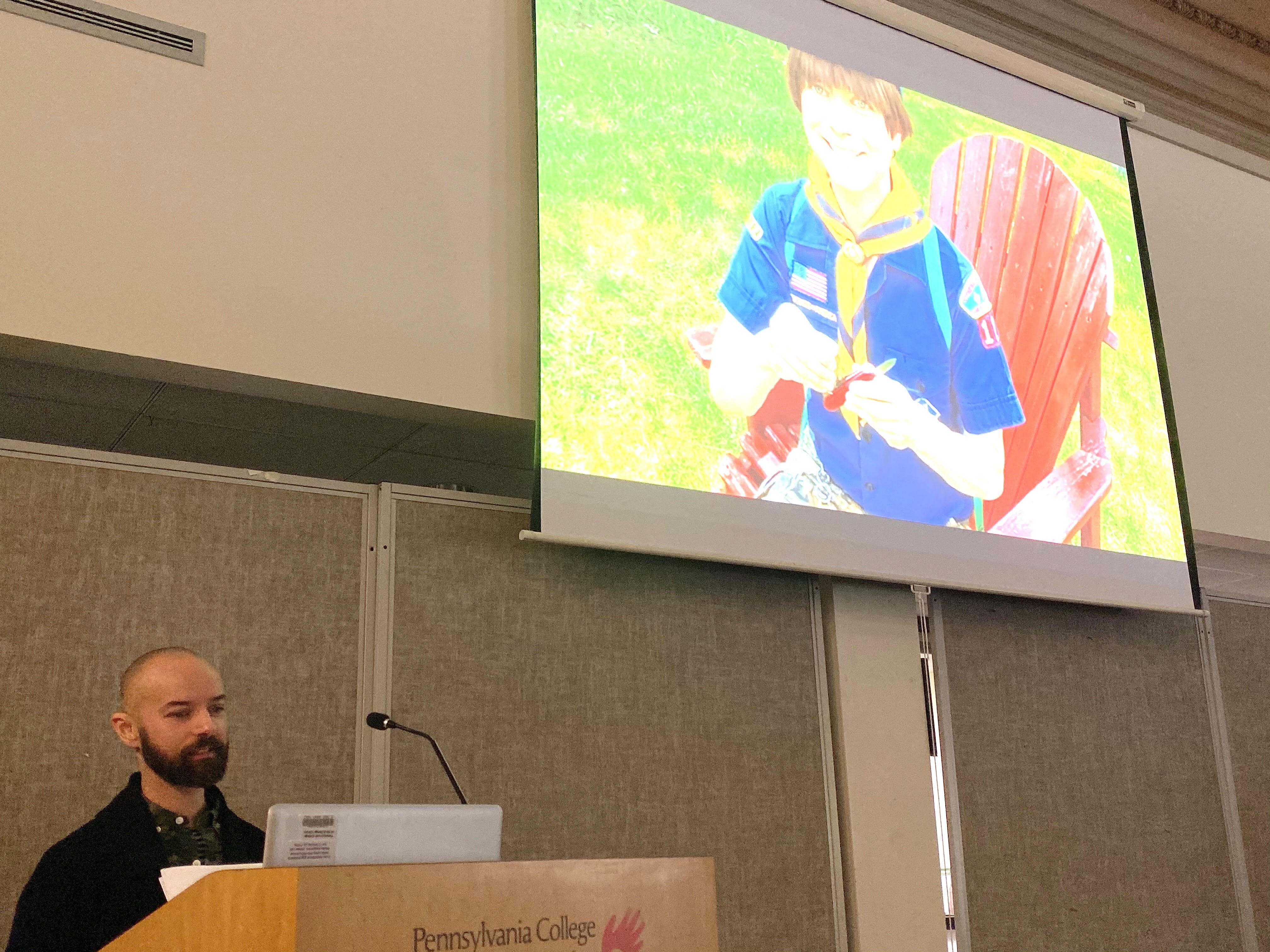 Queer people, says artist Cupid Ojala, "often have to create our own reality, and our own spaces."

That need for imagination and transformation informs the work of this Southern-born, Brooklyn-based artist, who visited campus in early November for his Artist Talk and Art & You gallery opening. In his discussions with students, Ojala focused on the transformative power of art -- questioning ideas of identity and traditional masculinity, and examining desire, sexuality and sensuality from a transgender man's perspective.

Much of Ojala's work in PCA&D's current Art & You exhibition is part of a series in which he used delicate lines to create portraits of men using just the patterns of their body hair. Remarkably individualized, they combine to form a population of images defined as much by what is omitted as by what is recorded. "There's a lot of personality in hair," Ojala said, linking some of his earliest pieces reflecting a fascination with Elvis' pompadour to his more current works. "It becomes botanical, in a sense."

In his Atrium Talk, Ojala described how that pattern of his work, undergirded by examining how the "self" is presented, has mirrored his own self-identity. From art created during his undergrad years at Virginia Commonwealth University to his move to NYC and graduate school at Parsons, to his current pen-and-ink and video pieces, Ojala's style has evolved from photorealism to something more transformative and fantastical.

Through his art, Ojala said after his Atrium talk, he is able to "create a world out of something as boring as a pen and a piece of paper ... Artists can transform the simple materials into something wonderful."

"Queer people often exist in a magical world," Ojala said. "... A lot of creative people use fantasy to put across our message and our narratives."

And that sense of bewitchment and fantasy, he said, only becomes more fascinating as he looks to his next phase of work. Many of his newer pieces, for instance, feature his beloved cat as a central focus, almost a mythic being, paired with an Ojala/elf figure within moonlit landscapes and mystical mushrooms.