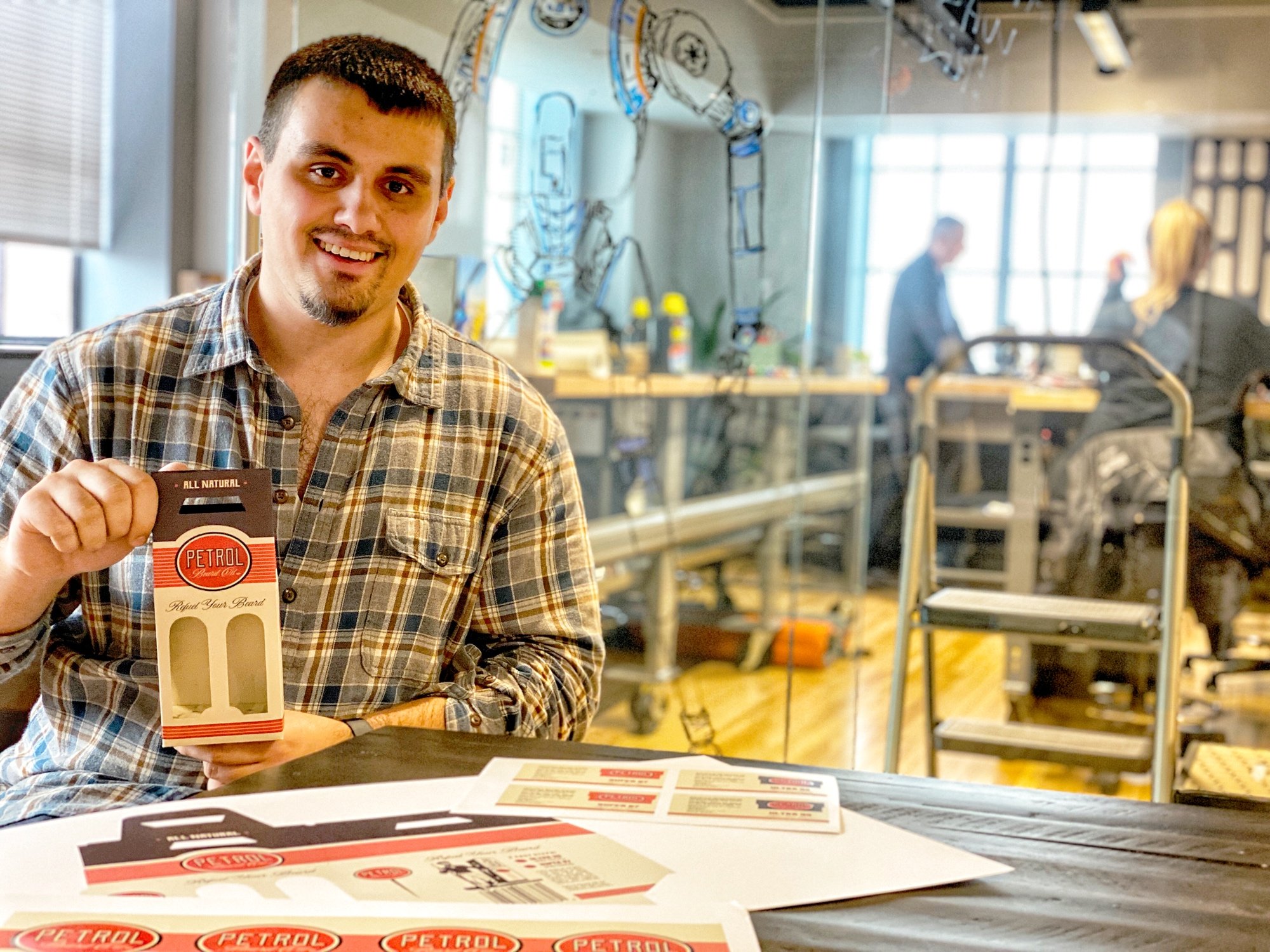 Anthony Nardo has a love of the mechanical world, of cars, of mathematics, and of hands-on learning, and he recently combined all of them for a project that usually doesn't involve any of them:

And it was a beautiful, glossy hit.

The contest requires students to use ingenuity in designing an original cosmetic package. From product to presentation, labeling, colors, materials, and the overall concept, Nardo's "Petrol Beard Oil" is a study in combining a retro feel with modern consumer trends. He completed it as a final project for instructor Tom Newmaster's fall term Packaging class. 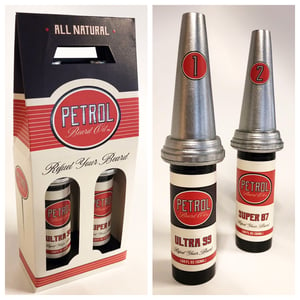 "It was a chance to delve right into an area I hadn't thought of before," Nardo says. "It was something new to me."

Nardo says his initial project sketches focused on vintage barber and gasoline themes, a play on the beard oil product. There were lots of ideas about the packaging itself, he says, and he then hit on something that strengthened that modern/old-time dynamic even more.

"Back in the day, they sold oil in those glass bottles with metal toppers," he says. Following through on that idea, he says, "allowed me to create a modern package that carries that vintage aesthetic through the whole" project. 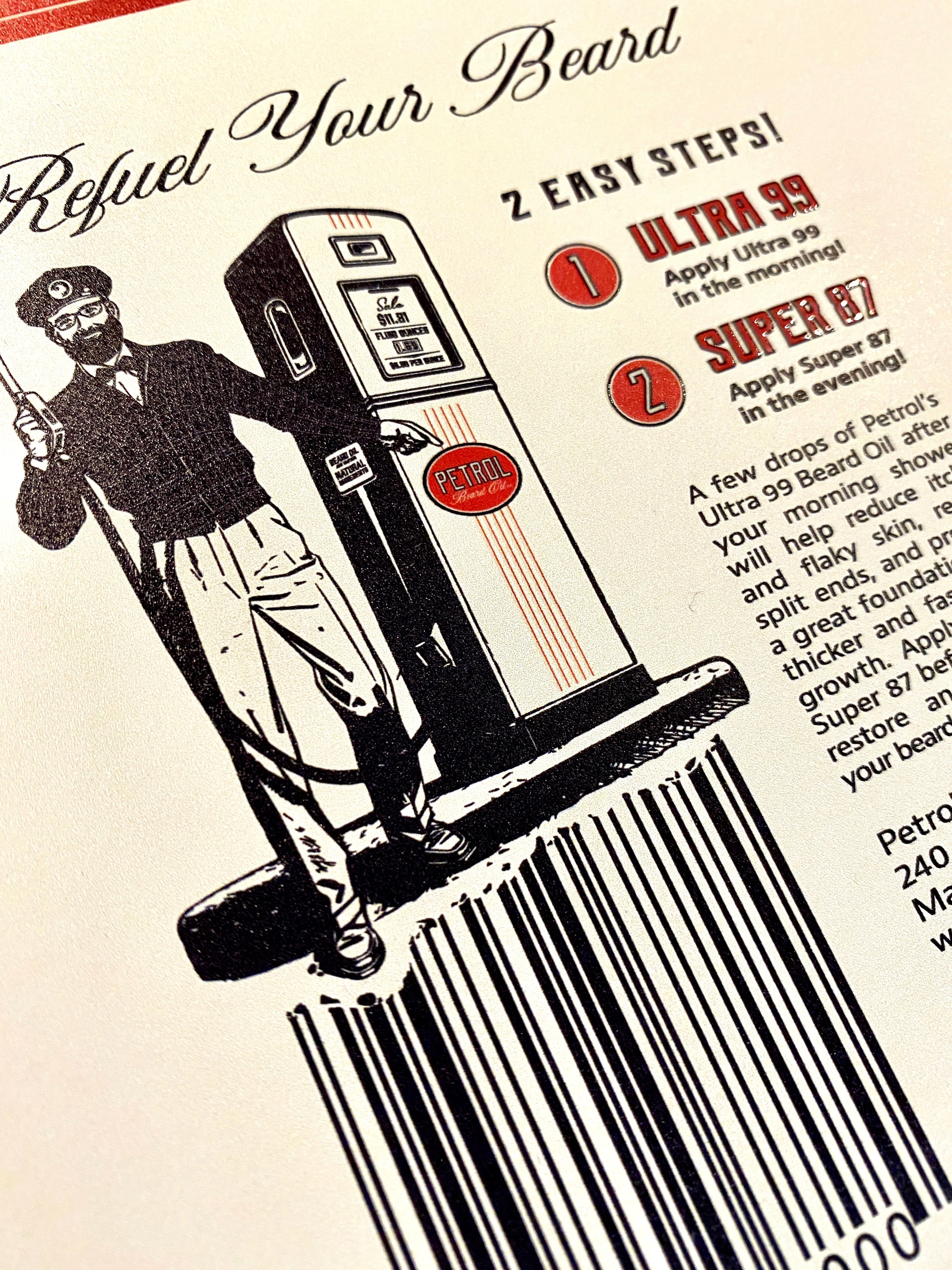 Like the gas pump that measures fluid ounces of beard oil instead of gasoline gallons. Or the ubiquitous modern barcode that Nardo integrated into his vintage gas station illustration. Or the vintage colors, the level of gloss on the label, the shape of the boxes which are constructed to hold Petrol Beard Oil.

All that aesthetic focus means nothing, Nardo says, if the packaging is too difficult to construct on a large scale, or if it would be prohibitively expensive to do so. "So it's all designed in such a way that it can be manufactured pretty easily and cost-effectively," he says. 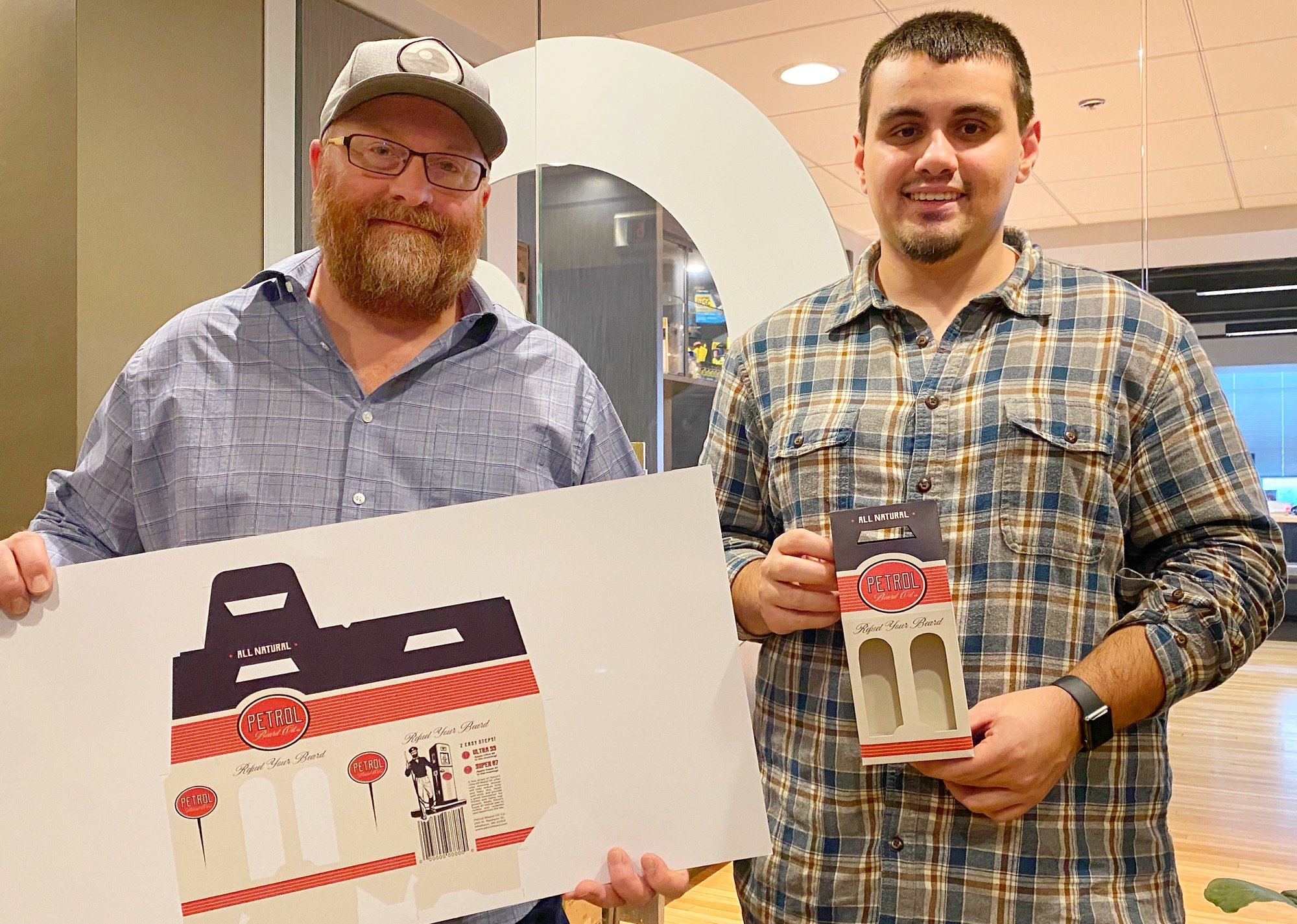